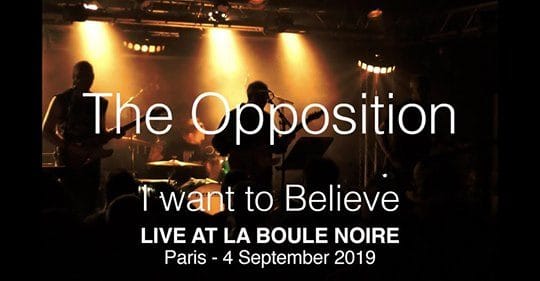 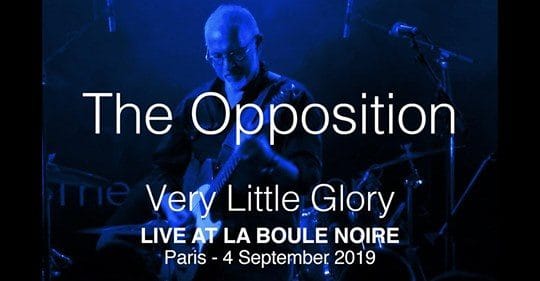 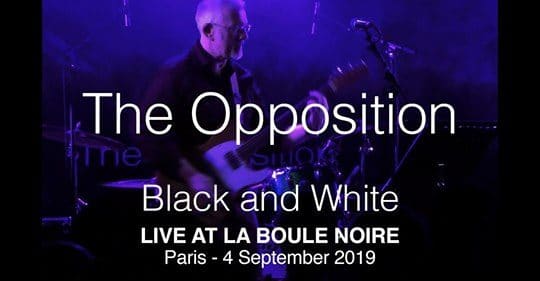 The Opposition are in Rehearsal

The band are currently in the rehearsal studios working on new material. Recording is next…

The Opposition: A Journey

Three deaths: Marcus Bell; Ralph Hall’s Mum; Mark Long’s Mum. For Mark this feels like the end of the Opposition journey. For Ralph, music is the only place left to go. So, in 2016 Ralph books a rehearsal room in deepest south London, tells Mark the time, the place, reminds him to bring a guitar and lyric sheets. Five minutes in, the connections return but a 3 piece needs a third member and there’s a massive gap in the room. Ralph has the answer: Bernard Husbands, an old friend and bass player. Next step: a silent 4th member is sent a demo of some rough ideas Mark has been working on. He listens, makes some notes, books some time at Alchemy Studios. Mark writes: “it felt like Breaking the Silence, Intimacy or even Blue Alice Blue; having the songs written before the recording, even the lyrics and working fast”. Ralph puts all the drum tracks down in two days, Bernard adds all the bass parts in one day and Mark adds vocals, guitars and keyboards; Kenny Jones records, produces and mixes Somewhere in Between in 5 days.

A new journey has begun. Marc Cedat is sent the black promo copy of the album which at this point doesn’t include I Want to Believe. Marc passes it to Philippe Gaillard at Aztec Musique, who in 2018 releases Somewhere in Between on CD and vinyl.

Also remastered versions of Breaking the Silence, Intimacy and Promises are re-released on vinyl and for the first time ever, Intimacy appears as a CD. A Live in the Eighties special limited edition vinyl is released for Record Store Day 2018. The band, now a four-piece – adding Nico Watts on guitar, keyboard and vocals – begins rehearsals for the Opposition’s first live performances in 25 years.

Ralph, whose energy, desire and commitment had reunited the band, unfortunately is unable to continue the journey and with only 2 weeks to go before the first live show, a drummer is needed – urgently. Enter, David Beckett, who at 15 years old had joined the Opposition road crew, who had played keyboards and percussion on Intimacy and even joined the band on the Intimacy tour. David’s passion injects a new energy into the band and on 24 October 2018, the Opposition open their Radio Lodz performance with Breaking the Silence. A special recording, which is now available on vinyl, captures this first performance in 25 years. On 26 October, the band supports Morcheeba at the Soundedit Festival in Lodz, Poland and on 7 December 2018 the Opposition play their first gig in France for 25 years, at Longlaville, captured in sound and image on the Live in Longlaville CD and book.

At this point, Jean-Michel Vion joins the convoy continuing the journey into 2019 and beyond….